5 Ways to Handle a Recruiting Miss

All this in order to learn as much about recruits as possible—a process that goes on not for months, but typically years. And yet, even after all that, sometimes a player who doesn’t fit still ends up on the team. And this doesn’t only happen to college coaches, just ask hiring managers across the country.

Now what? Here are 5 ways to respond:

1. Relentlessly defend your values and culture. Just one person who doesn’t fit can wreak havoc on a team culture.—Tweet that!

When behaviors or attitudes exist that don’t fit with your stated values (you do have stated values, right?), they must be addressed.

This vigilance will drain you, but ignore those behaviors and attitudes and your culture starts to unravel. The head coach must lead the way in defending the culture and administering discipline when necessary, but also needs to exercise caution—not allowing the individual(s) in question to monopolize his/her time and energy.

Upholding the culture must be a team effort, involving assistant coaches and even support staff. It takes courage and wisdom, but turn a blind eye and you send a message that your team values and culture aren’t worth protecting.

2. Minimize the negative impact. Intentionally or unintentionally, the person who doesn’t fit will try to recruit others to join her. She may make snarky comments about team values or criticize you and your team standards in an effort to get teammates to agree.

While it’s impossible to completely police these interactions, take note of the players she spends the most time with and make a special effort to engage them. Combat the negative information they may be hearing with the positives of your values and culture. Don’t allow one person’s behavior to become the central focus of the team.

3. Utilize team leaders. This is the huge advantage of having team leaders in the locker room! Encourage them to intentionally connect with this player in an attempt to keep her in the fold—inviting her to lunch, complimenting her on positive attitudes or things done well, and addressing her 1:1 when behaviors don’t meet team standards.

Teaching your leaders how to navigate that relationship may be one of their best development opportunities.

4. Remove the athlete. This is absolutely a last resort. You hope that with clear expectations, support and maturity, players who resist the culture initially will change and turn into positive contributors.

But, if you’ve exhausted all other options and detrimental behaviors persist, you may have to cut ties. Dismissing a player doesn’t mean she is a bad person. It simply means she doesn’t fit your culture.

These four ideas can help you, but the best way to minimize the risk of a recruiting miss?

After 25+ years of coaching, Sue Ramsey became crystal clear on her culture when 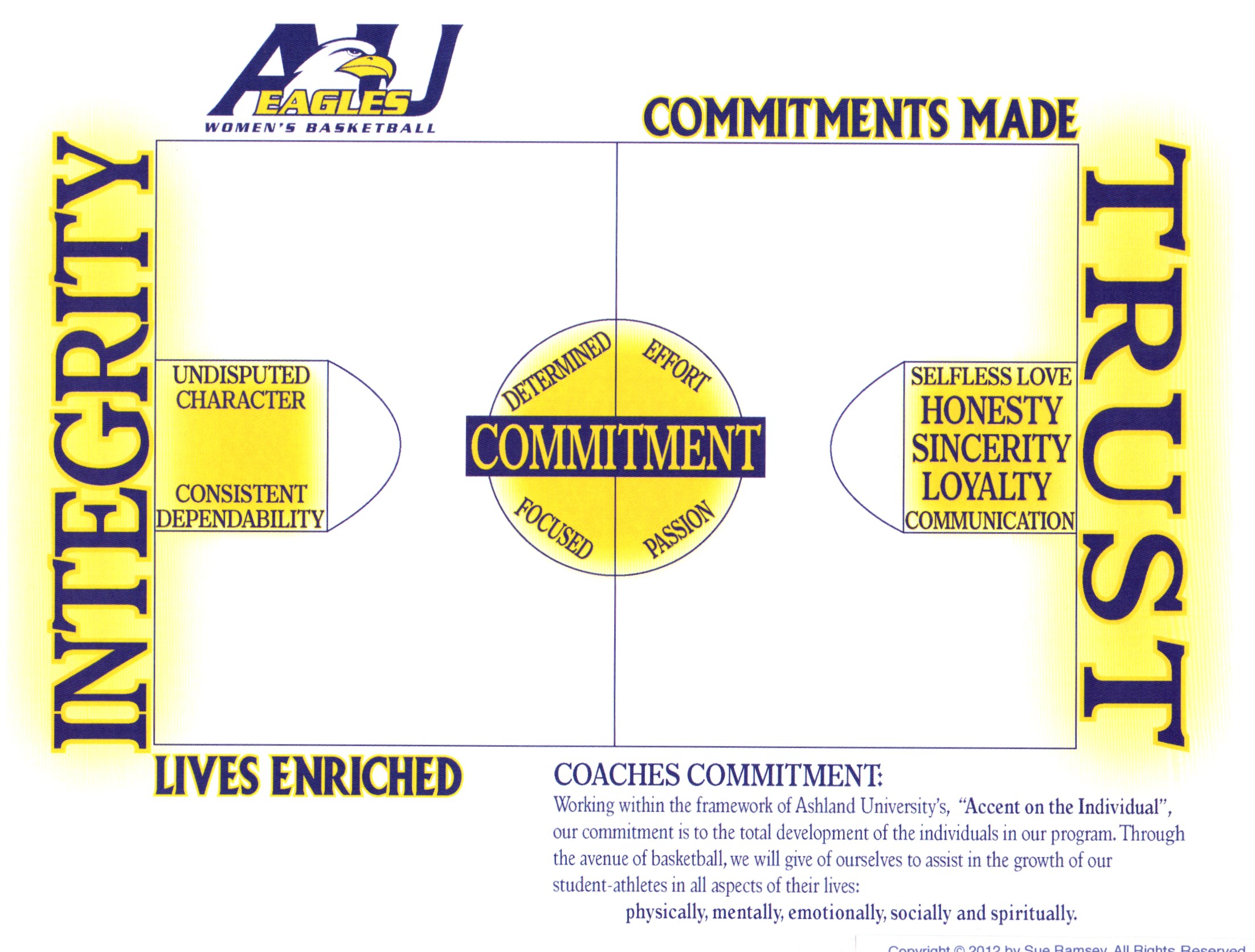 She talked about it every day with her team, using the words in practice and team meetings. She posted it on her office wall and in the team notebooks. She shared it with recruits and parents.

When she became ultra-clear on her culture, she began attracting athletes who shared those same values. And, when a few players who didn’t fit slipped through the cracks—get this— they removed themselves! They didn’t share the same level as commitment as their teammates, and they knew it. So they decided to leave the team.

That’s the power of a clearly-defined, strong team culture. Not only do you become a magnet for the kinds of people and players you want, those who don’t fit know it.

What would you add to these tips? How have you handled a recruiting miss?

5 Ways to Handle a Recruiting Miss appeared first on LifeBeyondSport.