3 Tips to Inspiring Your Team With Vision

We call some leaders “visionaries”—men and women who see what could be and work passionately and tirelessly to see it become a reality. People like Steve Jobs, Mother Teresa and Nelson Mandela. Simply part of their DNA, these leaders don’t  to work at creating vision. It comes naturally to them.

But having the vision is only part of what makes visionaries so inspiring—and probably the smallest part. The element that sets visionaries apart is how they communicate the vision.

Though all leaders may not have a natural bent toward developing and communicating vision, anyone can grow in this area. I’m living proof.

In my previous job, I accepted an invitation to lead a department of about 20 staff, many of whom felt hurt and devalued by decisions of previous leaders. As I said, my gifting isn’t in the area of defining and communicating vision, but both were necessary to bring this team together. I needed to create community and a sense of purpose to inspire my co-workers to get out of bed every morning.

From this experience, here’s what I learned about vision:

The only way a team will embrace the vision is if it taps into the reasons why they want to participate on the team in the first place. This requires knowing your people and what motivates them. Meet individually with team members—not to talk about your fabulous ideas, but to ask questions and listen. Understanding their heart and passion will help you formulate a vision that resonates with them.
The team I led didn’t need vision relating to what we would accomplish, but rather who we would become. We needed a sense of togetherness and community, and that became my mantra—Create Community. I even made those words the screen saver on my computer. We wouldn’t achieve anything until we became a community of people who had experienced healing and developed trust. 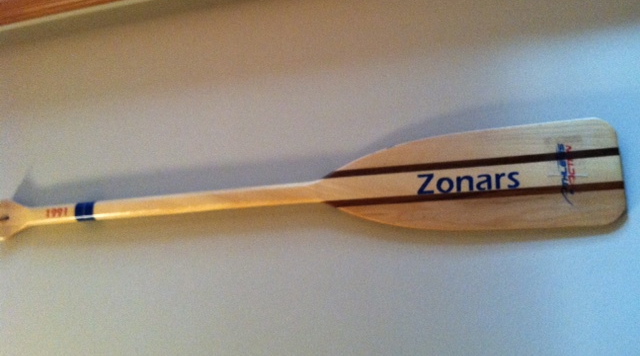 A word picture or some visual component will cement the vision in people’s minds. With nothing new under the sun, this may involve using ideas you’ve seen elsewhere. I stole my visual from a coaching friend who told me how she used it with her team.
The word picture was a rowing team, so I purchased wooden oars for each team member and painted their last name on it. On the handle, I used colored tape to indicate how many years that individual had served with our team. I presented the gifts during our Christmas gathering. They LOVED them!
This simple token communicated value for their years of service and reminded them of important facets of teamwork—working in cadence with others, moving in the same direction and fulfilling roles with excellence.
Be Consistent
Vision isn’t a one-and-done deal. You must communicate it over, and over, and over. Though you may feel silly referring to it again and again, rest assured this is the only way to create a culture where everyone knows the vision and can articulate it themselves.
We talked about rowing teams and the vision of creating community at every staff meeting. I bought books about rowing in order to more intelligently use the word picture to discuss various aspects of teamwork. Did the staff tire of hearing me talk about rowing? Probably. But did they get it and come together? Yes. Months later, one co-worker told me he was on the verge of leaving, but stayed because of my leadership. Consistently communicating the vision was a huge part of that.
You may not consider yourself a visionary, but that doesn’t excuse you from developing a vision and communicating it to your team! It’s one of the most important aspects of quality leadership. If I can learn how, anyone can…including you!

What ideas have you used to communicate vision? Please share below.